Cacti are a diverse family, the representatives of which are completely different from each other. Domestic and wild, prickly, blooming – whatever. We have compiled a large catalog of the most popular types of cacti and divided it into sections with descriptions and photos. All for your convenience!

Those same pets that adorn tables and window sills all over the world. They are unpretentious, rarely need watering and do not cause much trouble to the owners.

These popular cacti are pulled out by a beautiful showy candle. At home, Peruvian varieties are usually grown, which reach about 50 cm in height, but sometimes more.

Beautiful spherical or cylindrical cactus with different thickness and shape of stems depending on the variety. Notocactus grows very slowly, so it is suitable for those who do not want to constantly deal with transplants.

Neat spherical cactus, densely covered with large spines. In an apartment, it grows up to 30 cm and eventually begins to bloom actively. This is a good unpretentious option for beginners!

Bushy cactus with thin and densely covered with thorns shoots quickly grows in length and breadth. It blooms profusely with large red flowers, and some varieties are good for ampel cultivation.

Even adult specimens of rebutia are very tiny – up to 10 cm in diameter, or even up to 5 cm. But their buds are very large and bright, and you can even achieve repeated flowering.

This type of cereus is distinguished by very fragrant, snow-white, funnel-shaped flowers. The diameter of loose buds sometimes reaches 20 cm. Shoots are green or yellowish.

This is a fluffy cactus, which is almost completely covered with fine silky hairs. Some varieties are generally wrapped in them with a solid cocoon.

A moody but showy cactus with green or greyish stems. They are very ribbed and prickly. With age, the cactus blooms cream, pink or red flowers.

A very popular flowering cactus species that is profusely covered in buds throughout the spring. Thin long shoots-twigs, on which large flowers bloom, also look interesting. 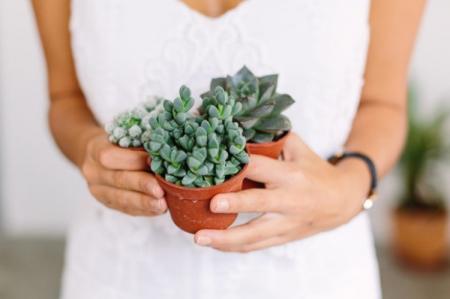 In the wild, cacti impress with their size and variety. Among them there are real monstrous giants. Some are even edible and used to make drinks.

A branched cactus that grows whole shrubs in the Mexican deserts. It is not too resistant to high temperatures, but it blooms beautifully.

Prickly pear is easily recognizable by its flat, oval stems that resemble broad leaves. They also grow in bushes up to 4 m in size. Opuntias are covered with thorns, including small and almost imperceptible ones.

The original creeping or climbing cactus with creeper-like shoots. It is common in tropical regions and grows spreading shrubs up to 3 m tall.

An extensive group of desert cacti with round, thick stems and sparsely stiff spines. Young echinopsis are like a ball, but stretch out with age.

A common Mexican species, the shoots of which are densely covered with convex papillae, from where small fleecy needles grow. This is a compact cactus with a bright and abundant flowering.

Unusual cacti with bizarre ribbed stems and very beautiful flowering. In spring, they are covered with large buds, securely protected by powerful spines.

One of the leaders in the length and impressiveness of the needles. Young plants grow in a ball, but stretch out with age. In the natural environment, the height reaches 2-3 m. The ribbed shoots are densely covered with thorns. There are specimens that are about 500 years old.

The cleistocactus has unusual straight stems that are very elongated in length and can eventually droop to the ground. The shoots are densely covered with thin whitish or yellow spines.

Spectacular genus of spherical cacti up to a meter in diameter. Buds open at the top of mature plants. Ferocactus have become very popular among flower growers due to their colored spines.

A mountainous cactus species that grows in Argentina at an altitude of over 3 km above sea level. Rounded shoots are very small, up to 6 cm in diameter, but they are abundantly overgrown with children, due to which they grow in breadth.

Rare forest epiphyte with long drooping stems, at the end of which flowers bloom. The ribbed edges of the segments are reminiscent of the fact that once there were spines. 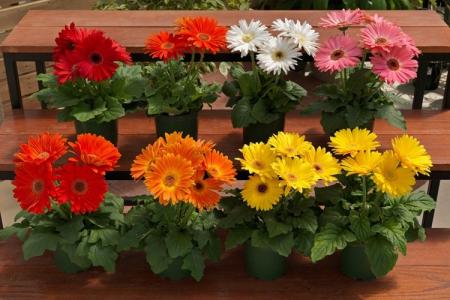 Did you know that not all cacti are covered with thorns? There are very spectacular views without them at all, and we will talk about this in the continuation of the selection. Often they are confused with succulents, and there are really a lot of similarities!

Flower growers adore it for its amazing appearance, thanks to which Ariocarpus cannot be confused with anything. Technically, it has spines, but they are underdeveloped. But the flowers are surprisingly good.

An unusual South American plant consists entirely of dozens of branching ribbed stems without leaves and spines. This is an excellent ampelous option that will delight you with flowering in winter.

At first glance, it seems prickly, but in fact it is just thick, stiff hairs. At home, they protect the plant from night frosts. However, there are also quite needle varieties.

Another tropical inhabitant without leaves and thorns, who feels quite comfortable in the apartment. The flat, wide shoots of the epiphyllum themselves resemble leaves. Especially impressive are large flowers up to 12 cm in diameter.

She is also a Decembrist and a zygocactus. The ribs of its segmented shoots are covered with small teeth, but still they cannot be called full-fledged spines. Schlumbergera blooms for a month, right in time for the new year.

An old heat-loving species, outwardly resembling an ordinary bush with fleshy smooth leaves. But keep in mind that peresky spines are still found on the stems, so handle it more carefully.

Ripsalidopsis resembles a Schlumberger – with the same flat segmented shoots, even without a jagged edge. The species are easily distinguished from each other by the structure of these segments.

The outlandish Mexican cactus resembles a voluminous segmented ball with tubular flowers in all shades of white or red. At home, lophophora is not at all whimsical, but needs winter rest. 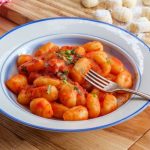 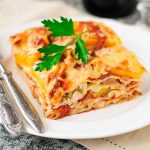 How do you make easy miso soup 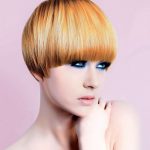 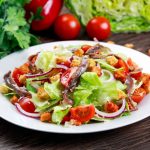 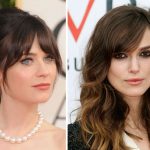 8 Hairstyles That Will Make You Look 10 Years Younger 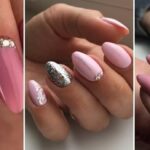 Pink glitter manicure – treat yourself to a feminine design